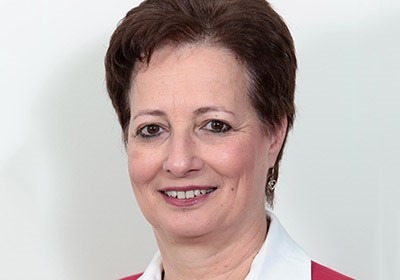 How would you describe a powerhouse, a former lawyer turned CEO, a breaker of glass-ceilings, a woman of both great accomplishment and great humility? One word is simply not enough, so I take the liberty in using two: Rachel Shmueli.

Rachel began her career practicing law, where she mainly worked as a lawyer within the public health care system. The nature of law is reactive, where advice and decisions are primarily made ex post ante. While Rachel achieved successes, she desired a career where more active decisions could be made in order to preemptively better both individual lives and society as a whole. It is at this crossroads that Rachel decided to make a career change and transition from law to management, enrolling in the Hebrew University Business School’s Executive MBA program, which opened her eyes and granted her the skills that have assisted in propelling her career in management.

“I decided that instead of being a lawyer who gives advice, I wanted to be in the position that I can decide. I decided to make a change and transition into a management role. While I was still practicing law for Maccabi Health, I started in a management role.”

Eventually, Rachel advanced to her current role as the Vice President of Assuta, which is a subsidiary company of Maccabi Health. She continued on to become the CEO of Assuta Ashdod, managing the building and execution from an empty lot six years ago to the beautiful public hospital that stands there today. Rachel views Assuta Ashdod proudly as her “child”, and still gets butterflies in her stomach when she walks into the lobby. While Rachel thought that Assuta Ashdod would be the pride of her career, much to her pleasant surprise, she is happy to discover that she feels the same excitement while she is actively involved in the management and development of various new medical centers, such as the recently opened medical center of Assuta in Jerusalem and the upcoming new Assuta hospitals in Be’er Sheva and Rishon Lezion.

Although these tremendous achievements take years of hard work, planning, and execution, Rachel insists, “For me, it's not a job, it's a mission. The feeling that we have, of building a hospital and establishing medical centers, we know that lives will be saved because of our work”.

Throughout her professional career, Rachel has been a champion for women. By being a woman in the male-dominated field of management, she has opened up the doors and possibilities for women who wish to thrive professionally.

Rachel is proud of her all-female, “no ego” staff at Assuta.

“I firmly believe in the qualification and success of women in management. Women manage with a lot of intelligence, emotional intelligence, and with the ability. Women are demanding from themselves first, and then from their staff. Yet at the same time, women have the ability to say thank you, to hug, and to most importantly admit ‘I made a mistake, and I'm going to correct it’”.

In addition to her support of women at Assuta, she also is a mentor for female students in the Jerusalem Business School’s Mentorship program. “I asked to be a mentor for women, because I really believe in the power of women. I think that I can share with them my experience as a woman in management surrounded by men”.

Rachel is very proud of how the public health care systems and hospitals functioned exceptionally over the last year during the pandemic. She expresses how the Israeli medical reaction to Corona, specifically the vaccine rollout, has served as a model to other countries throughout the world. That being said, she was disappointed in the reaction of Israeli society, saying that while initially there was national unity, overall “it is disappointing because usually in Israel, when there is a crisis, everyone gathers together and during the pandemic I didn't feel enough.”

The advice she would give to young college students is:

Additionally, she imparts that the growing and developing process does not end with studies in university.  “Keep on learning and educating yourselves. Learning is so important.” Ending on a positive note, Rachel says that there are no limitations on what the young generation can and will accomplish, by playfully joking that “building a hospital is easier than using Zoom.”